Home
Administration
How to Take ownership of SQL Server 2008 Express

If you have SQL Server 2008 Express installed in your computer, but you can’t manage it even though you are an administrator of the computer. For example, you try to create a database through SQL Server Management Studio and receive this error message:
Create failed for Database database name.
CREATE DATABASE permission denied in database ‘master’. (Microsoft SQL Server, Error: 262)

Or you try to delete any existing database and receive the error message:
Cannot drop the database ‘database name’, because it does not exist or you do not have permission. 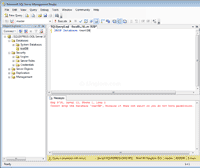 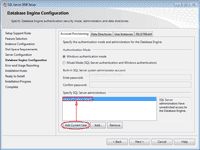 It could be a problem if you can’t reach the person who performed installation. Fortunately, there is a script that can solve the issue which allows you to add current user to SQL Server Administrator (sysadmin role) within few clicks. The script is Script to add the current user to the SQL Server ‘sysadmin’ role. The requirement to run the script is that you must be a member of the local Windows Administrators group, or have access to the credentials of a user who is. The section below shows you step-by-step guide of how to use the script to add current user as sysadmin role on local instance of SQL Server 2008 Express.
Note: This script will restart the specified SQL Server instance (by default, SQLEXPRESS). All active connections to this instance will be lost. For this reason, it should not be used against production servers.