By default, Windows 10 comes with preinstalled apps, for example, Calendar, Camera, Phone, Photos, etc. If you don’t want them to appear in the Start menu, you can remove these apps. 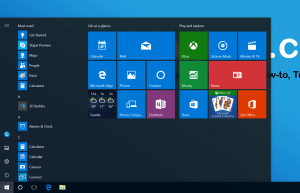 I divide into 3 sections as following: